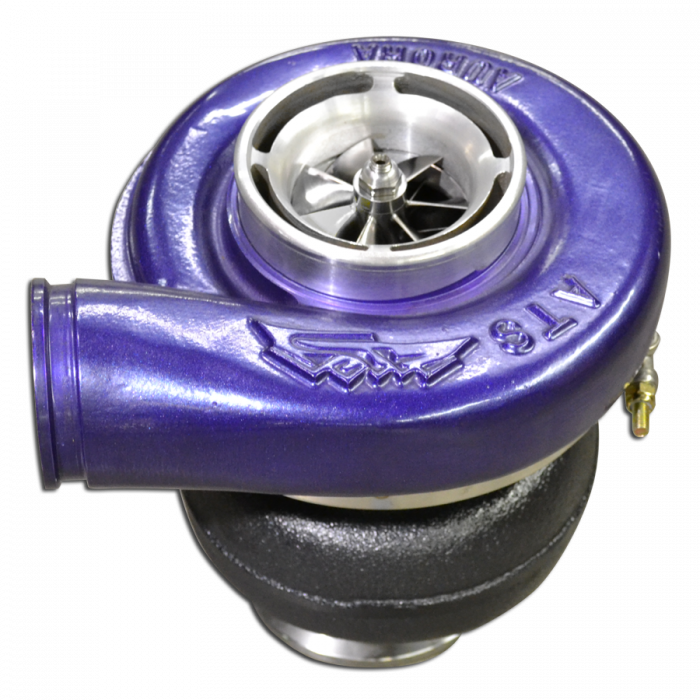 The ATS Diesel Aurora 4000 Performance Turbo upgrade is a great turbo charger for adding performance to your engine and supporting modifications such as aftermarket injectors and tuning upgrades. The Titanium 64mm inducer compressor wheel on the turbo is a significant jump in performance over the stock charger. This turbo has the capability to reach 600hp with supporting fuel modifications and higher tuning levels with the ability to run 70+ psi. The increased air volume will utilize all fuel injected into the cylinder creating a more complete and efficient combustion event. This will result in lower EGTs, high horsepower capabilities, and a more efficient/powerful torque curve.  The Aurora 4000 titanium compressor wheel is one of the strongest wheels on the marketed, designed to maintain its shape after thousands of heat cycles you will be able to push this turbo harder and longer than other turbo in the same price range.